Six months ago I might have casually told you that the only detective fiction I was familiar with was Sherlock Holmes. When I thought about the genre I tended to think of the Golden Age of Detective Fiction (mostly 1920s/1930s) – G.K. Chesterton, Agatha Christie, Dorothy L. Sayers, Ellery Queen, Raymond Chandler and Dashiell Hammett. But I recently read a short and absorbing book by P.D. James, Talking about Detective Fiction and realised that I could claim to have clocked up many more writers and titles, it all depends on how you define mystery or detective fiction.

Scrutinising the above, your eyes might not have got further than the second line before popping out of their sockets in surprise. Emma? Jane Austen?! Not that Austonia was a crime free world, with all that poaching, duelling, gambling, elopement and theft going on. Colonel Brandon and Willoughby are to fight a duel? Mrs Weston’s poultry house has been robbed of turkeys? Send for the Bow Street Runners! But let P.D. James herself justify the inclusion of Emma as proto detective fiction:

… perhaps the most interesting example of a mainstream novel which is also a detective story is the brilliantly structured Emma by Jane Austen. Here the secret which is the mainspring of the action is the unrecognised relationships between the limited number of characters. The story is confined to a closed society in a rural setting, which was to become common in detective fiction, and Jane Austen deceives us with cleverly constructed clues (eight immediately come to mind) — some based on action, some on apparently innocuous conversations, some in her authorial voice. At the end, when all becomes plain and the characters are at last united with their right partners, we wonder how we could have been so deceived.

And that is from one of the giants of modern detective fiction. Looked at from this point of view, Jane Austen published an early form of mystery fiction, Emma (1815), just three years before Mary Shelley published, Frankenstein (1818), arguably the first science fiction. Pioneering times, pioneering women. Although the creation of a literary genre is surely a process, rather than an event.

In her last novel (2011), P.D. James reunited Jane Austen with the mystery novel in a literary pastiche, Death Comes to Pemberley, based on the style and characters of Pride and Prejudice. The author allows Lydia Bennet and George Wickham to have six years together before Wickham apparently falls victim to murder. Diligent readers of this blog will know that I predicted stormy times ahead in that shameless couple’s marriage. Indeed, I placed Lydia and Wickham at number nine in my Worst couples in literature series.

People should make up their minds whether to live or to die and do one or the other with the least inconvenience to others. (Death Comes to Pemberley, P.D. James)

According to many connoisseurs of detective fiction, the genre cannot exist without an official detective force. In the case of the UK that would be from 1842 onwards, when the “Detective Branch” of the Metropolitan Police was created. If compelled to cite a first true detective novel, Baroness James would opt for The Moonstone by Wilkie Collins (1868). She is not the only one to say this, T.S. Eliot claimed that the genre was “invented by Collins and not by Poe”. And Dorothy L Sayers seems to have agreed. What is it about The Moonstone that prepared the way for later detective fiction writers to follow? This from Robert McCrum writing in The Guardian:

“.. a mysterious and compelling crime takes place in an English country house; a large cast of potential suspects is assembled, each with plenty of motive, means and opportunity; an incompetent constabulary is replaced by a celebrated sleuth/ investigator who, after a “reconstruction” of key elements in the crime, comes up with a satisfying explanation of the puzzle, based on a brilliant analysis of the clues. Finally, there’s a denouement replete with surprise, excitement and a plausible solution. The Moonstone has this, and more, all of it brilliantly executed.”

In Talking about Detective Fiction, P.D. James quotes E.M. Forster, from his Aspects of the Novel, on the difference between story and plot.

To which the Baroness of Holland Park cheekily adds:

Murder mystery: Everyone thought that the queen had died of grief until they discovered the puncture mark in her throat.

Detective fiction has its rules – according to P.D. James when faced with a work in the genre you might expect the following:

(1) A central mystery.
(2) A closed circle of suspects with means, motive and opportunity for the crime.
(3) A detective, who can be amateur or professional.
(4) By the end, we get a solution.
(5) The detective should know nothing which the reader isn’t also told … “It would be a very, very bad detective story at the end if the reader felt, ‘Who could possibly have guessed that?’ ”

The above rules (and other customary features), begs the question whether this unnecessarily limits the writer and the genre. P.D. James addresses this issue:

One of the criticisms of the detective story is that this imposed pattern is mere formula writing, that it binds the novelist in a straitjacket which is inimical to the artistic freedom which is essential to creativity, and that subtlety of characterisation, a setting which comes alive for the reader and even credibility are sacrificed to the dominance of structure and plot. But what I find fascinating is the extraordinary variety of books and writers which this so-called formula has been able to accommodate, and how many authors have found the constraints and conventions of the detective story liberating rather than inhibiting of their creative imagination. To say that one cannot produce a good novel within the discipline of a formal structure is as foolish as to say that no sonnet can be great poetry since a sonnet is restricted to fourteen lines – an octave and a sestet – and a strict rhyming sequence.

I take this to mean that she believes The Taste of the Pudding is in the Eating. The variety, longevity, adaptability and glowing health of detective fiction (in TV adaptations and book sales) indicates that the “recipe” is a strength rather than a weakness. The genre is not yet lying in the rectory library with a dagger in her back.

After 200 years what is the future of detective fiction? Will we outgrow it? In 2018 there is no sign of that happened, far from it. In the view of P.D. James (writing one year after the global banking collapse of 2008), rightly or wrongly, there is today a perception of increased violence and instability in society, with many fearful for the future. Happy days then for writers of both “hardboiled” and “cosy” detective fiction. Detective fiction can reassure in turbulent times, despite it’s subject matter, because it usually assumes that we live in a rational, moral universe, that crime, violence and social chaos are aberrations, and that reasonable people strive for virtue and order.

Even when detective fiction subverts this model, the genre provides excitement and adventure while the reader remains inviolate, safe in an armchair next to a snoozing cat. The real world may be about to go to hell in a handcart, and the reader has spent several hours perusing diabolic crimes, but when the last page is turned we have a sense of catharsis, a cleansing effect; we’ve been through the worst and came out the other side. Perhaps we are reminded of earlier times when our parents read to us fairy tales and ghost stories, although frightened we felt secure.

What P.D. James doesn’t spend much time on in her excellent Talking about Detective Fiction is the fact that crime novels, unlike certain other genres, have never abandoned strong storylines and the craft of plotting. It is possible that these are major drivers for continued popularity – and long may it continue. I’ll finish this review with a rare crime fiction joke:

When I first heard that Humpty Dumpty fell off the wall, I immediately wondered: did he fall – or was he pushed?
– P.D. James

This review is part of a series covering classic detectives in fiction (for complete list see below):

Quotes about detective fiction from writers:

“The crime novel is the great moral literature of our time.”
– JEAN-PATRICK MANCHETTE

“I’ve been as bad an influence on American literature as anyone I can think of.”
– DASHIELL HAMMETT

“The detective story itself is in a dilemma. It is a vein which is in danger of being worked out, the demand is constant, the powers of supply variable, and the reader, with each one he absorbs, grows a little more sophisticated and harder to please, while the novelist, after each one he writes, becomes a little more exhausted.”
– CYRIL CONNOLLY

“If in doubt, have two guys come through the door with guns.”
– RAYMOND CHANDLER

“As a rule, the more bizarre a thing is the less mysterious it proves to be. It is your commonplace, featureless crimes which are really puzzling, just as a commonplace face is the most difficult to identify.”
– ARTHUR CONAN DOYLE,  The Adventures of Sherlock Holmes

Cosy mystery: a subgenre of detective fiction in which profanity, sex, and violence are downplayed or treated humourously.
Locked room mystery: a specialised kind of a whodunit in which the crime is committed under apparently impossible circumstances, such as a locked room which no intruder could have entered or left.
Whodunit: the most common form of detective fiction. It features a complex, plot-driven story in which the reader is provided with clues from which the identity of the perpetrator of the crime may be deduced before the solution is revealed at the end of the book.
American hardboiled school: distinguished by the unsentimental portrayal of sex and violence; the sleuth usually also confronts danger and engages in violence.
Police procedural: the detective is a member of the police, and thus the activities of a police force are usually convincingly depicted.
Forensic crime fiction: similar to the police procedural. The investigator the reader follows is usually a medical examiner or pathologist—they must use the forensic evidence left on the body and at the crime scene to catch the killer.
Legal thriller: the major characters are lawyers and their employees, and they become involved in proving their cases.
Spy novel: the major characters are spies, usually working for an intelligence agency.
Caper story & the criminal novel: stories are told from the point of view of the criminals.
Psychological thriller or psychological suspense: this specific subgenre of the thriller genre also incorporates elements from detective fiction, as the protagonist must solve the mystery of the psychological conflict presented in these types of stories.
Parodies and pastiches: The difference between the two is that a parody tends to mock, the pastiche tends to celebrate.

Some top crime novels drawn from a list compiled by the UK Crime Writers’ Association: 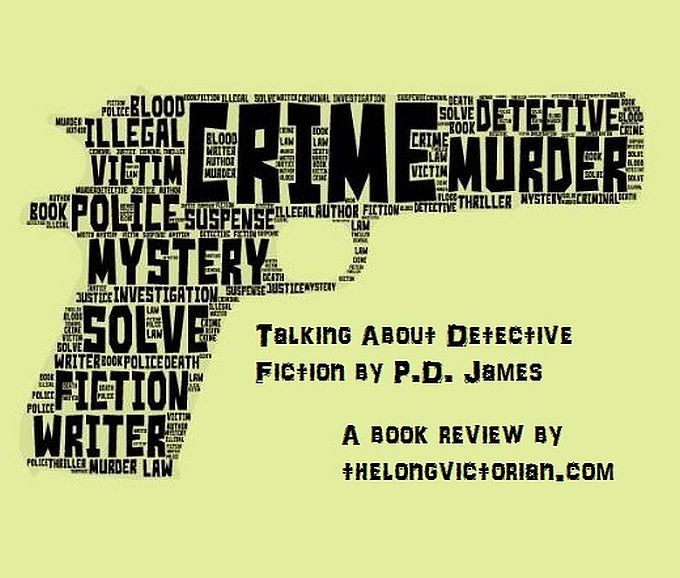