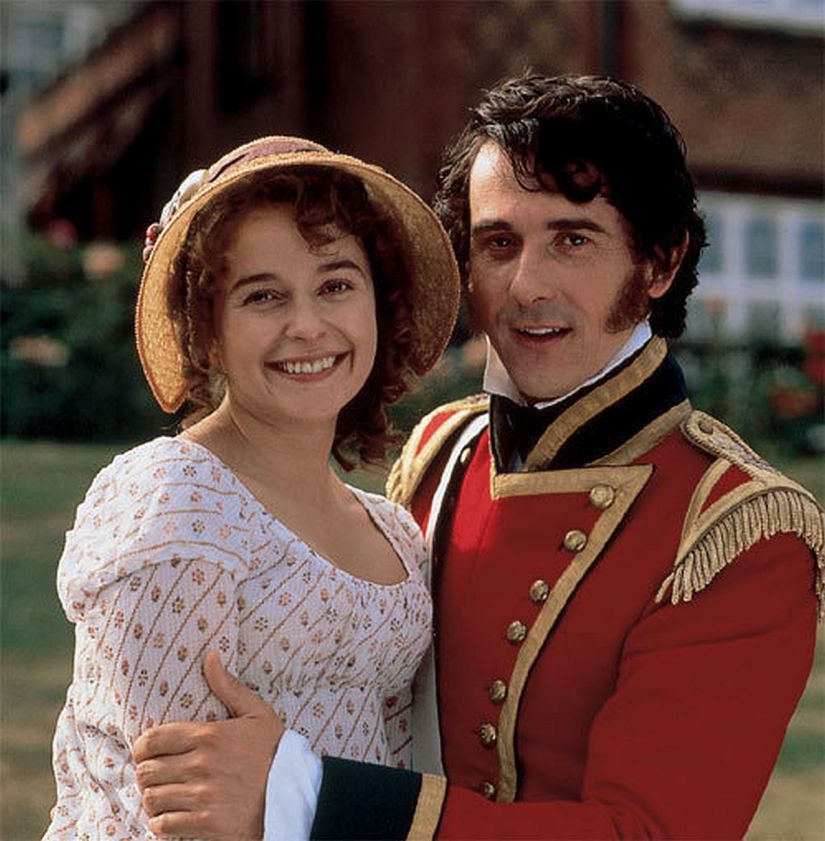 No. 9. Lydia Bennet and George Wickham from Pride and Prejudice (Jane Austen)

The marital prognosis on this relationship isn’t good, I fear. Wickham is a compulsive liar, gambler, debtor and idler. He has previously attempted to elope with Darcy’s young sister to access her fortune. Then he elopes with Lydia, Elizabeth’s 15 year old sister. She is ‘untamed, unabashed, wild, noisy, and fearless’. Wickham receives a massive pay-off from Darcy to marry Lydia.

“But how little of permanent happiness could belong to a couple who were only brought together because their passions were stronger than their virtue, she could easily conjecture.”

Neither Mr or Mrs Wickham show any remorse for their behaviour. Given the book was written in 1813, I’m surprised that their fate is merely a likely bad marriage and not an “Anna Karenina” type literary death for indulging in presumed pre-marital nooky.

In her final novel the crime fiction writer P.D. James (1920-2014) wrote a literary pastiche, Death Comes to Pemberley,  a sequel to Pride and Prejudice. In it Lydia Bennet and George Wickham have been married six years when Wickham apparently falls victim to murder. It may be worth your snouting out a copy if you’re a Janeite.

People should make up their minds whether to live or to die and do one or the other with the least inconvenience to others. Death Comes to Pemberley, P.D. James

For other couples in the series – see links below.

I saw the painting below and immediately thought of Elizabeth Bennet in Pride and Prejudice. Oh, whatever happened to the art of letter writing? (Smiley face, lol. Heart. Smiley blowing a kiss. Heart kiss kiss.) 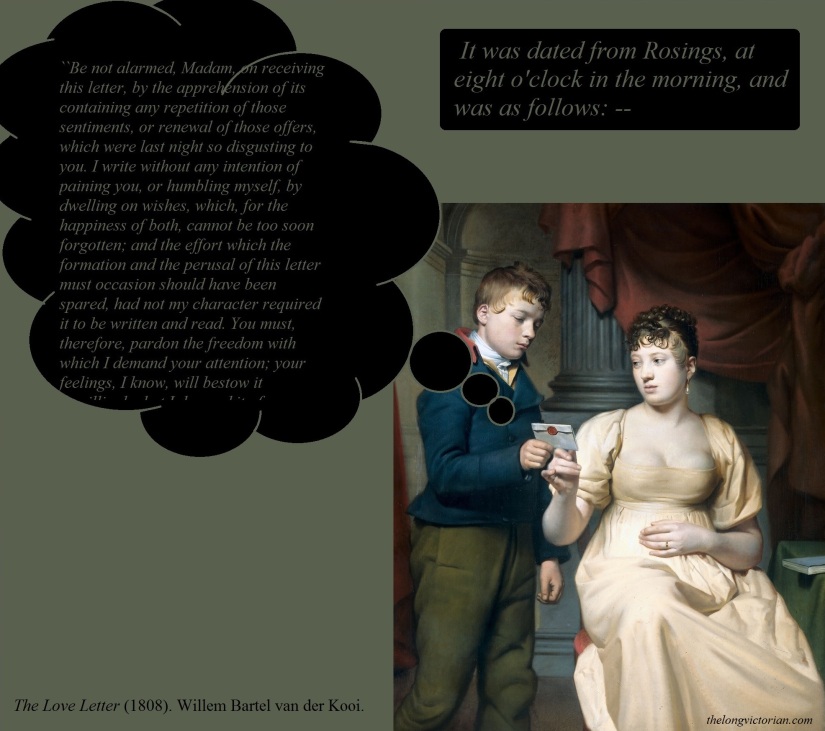