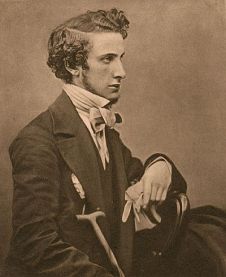 I enjoy blogging, but wish I did it more frequently. Usually my thoughts don’t get further than the garden, some end up as tweets. So here is a compromise solution, a half tweet/half blog post, though by the time you read this it may have grown. There is a book quiz at the end.

Today is the birthday of Edward Bulwer-Lytton (1803-1873). English novelist, poet, playwright, and politician. There was more to him than one famously bad opening line! 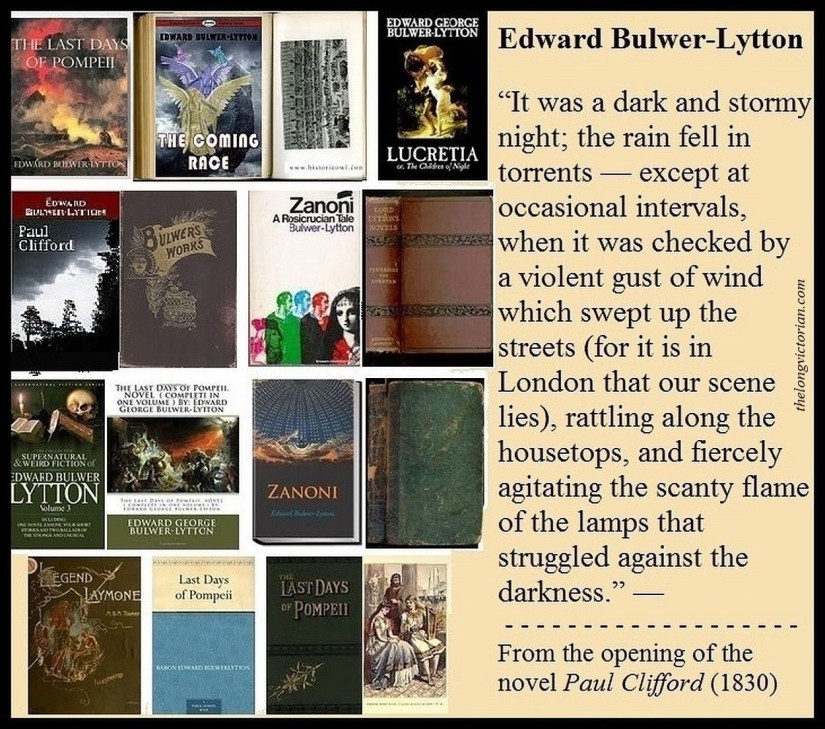 So purple was the prose in the opening to one of his novels, that there is a bad writing competition named after him.

About the Bulwer-Lytton Fiction Contest

Since 1982 the English Department at San Jose State University has sponsored the Bulwer-Lytton Fiction Contest, a whimsical literary competition that challenges entrants to compose the opening sentence to the worst of all possible novels. The contest (hereafter referred to as the BLFC) was the brainchild (or Rosemary’s baby) of Professor Scott Rice, whose graduate school excavations unearthed the source of the line “It was a dark and stormy night.” Sentenced to write a seminar paper on a minor Victorian novelist, he chose the man with the funny hyphenated name, Edward George Bulwer-Lytton …

This winning entry submitted was from someone in Manchester, England – where I used to live and my spiritual home.

As he told her that he loved her she gazed into his eyes, wondering, as she noted the infestation of eyelash mites, the tiny deodicids burrowing into his follicles to eat the greasy sebum therein, each female laying up to 25 eggs in a single follicle, causing inflammation, whether the eyes are truly the windows of the soul; and, if so, his soul needed regrouting. — Cathy Bryant, Manchester

So terrible it’s great, Cathy. However, the competition falls down a bit for me because the entries are intentionally bad. I’d rather have the real thing. The Literary Review’s Bad Sex in Fiction Award is just that. A panel judge a list from the previous year’s fiction.

A recent winner of the Bad Sex in Fiction Award was from Morrissey’s debut novel, List of the Lost.

‘At this, Eliza and Ezra rolled together into the one giggling snowball of full-figured copulation, screaming and shouting as they playfully bit and pulled at each other in a dangerous and clamorous rollercoaster coil of sexually violent rotation with Eliza’s breasts barrel-rolled across Ezra’s howling mouth and the pained frenzy of his bulbous salutation extenuating his excitement as it whacked and smacked its way into every muscle of Eliza’s body except for the otherwise central zone.’

Although Edward Bulwer-Lytton is sometimes said to have written the worst opening line in English literature, he wasn’t a bad writer. No author would want to be judged by the worst sentence they ever wrote. [Note to self – ‘Idea for a future blog post – worst sentences from great writers’.] We all get it wrong sometimes. So come on, you wouldn’t want to be judged by one bad day at the office.

And I’d be happy if this was my only contribution to English lit. 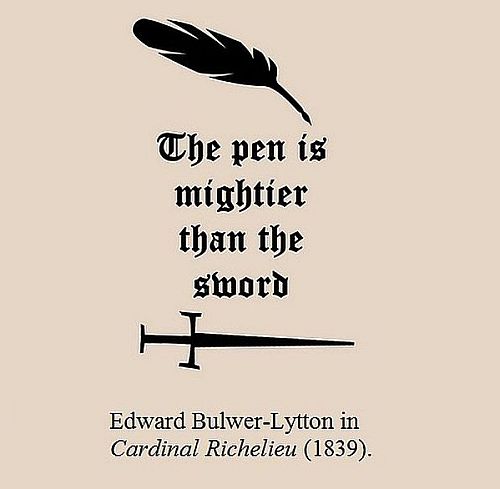 Do you have a favourite awful opening line?

Here is a short quiz containing some famous opening lines – but can you identify the book? There are clues further below. 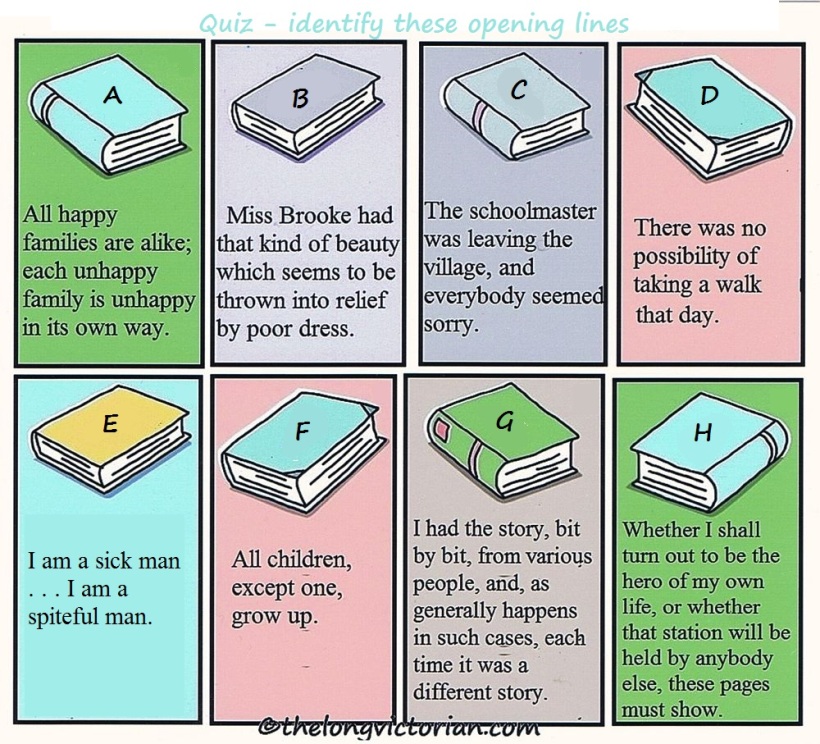 Are you a bit stuck? To help you here is a list of titles from which the lines were extracted, in order of date published:

I’ll return to this post in a few days and add the answers.

Apologies for the delay! Here are the answers. 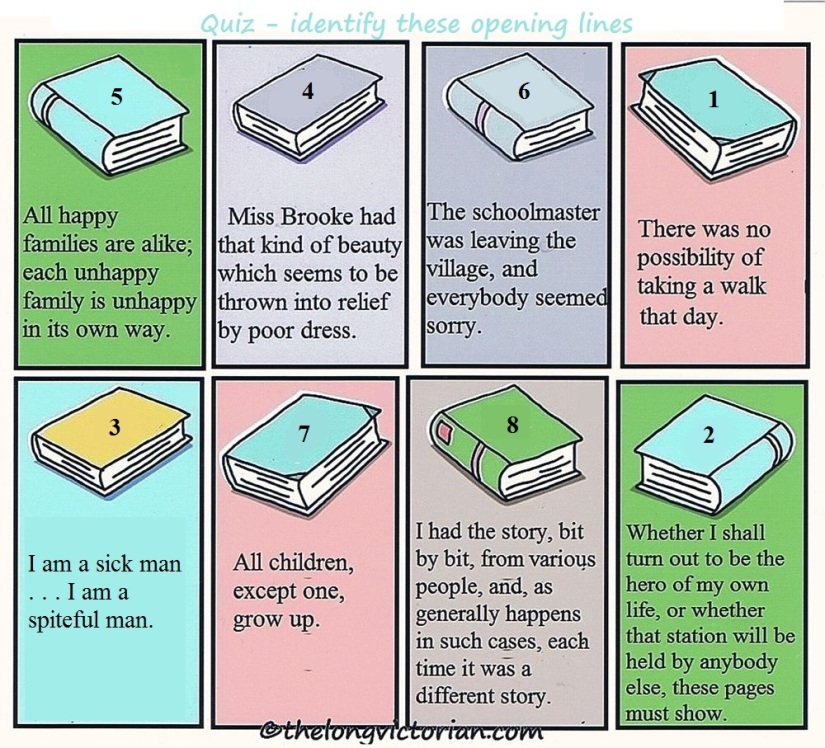 6 thoughts on “OTD b. Edward Bulwer-Lytton. More to him than one famously bad opening line”