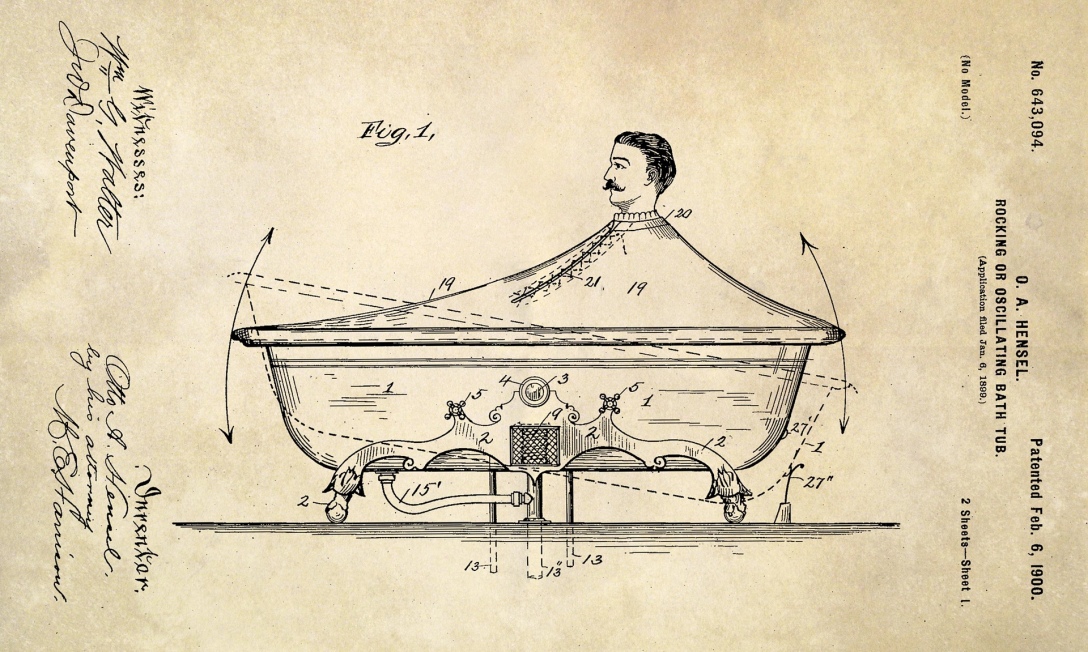 Yes – these are real Victorian design patents. We might laugh at some of them now, but they represent the hopes and dreams of a previous age. A design patent is a form of legal protection granted to the ornamental design of a functional item. But enough of that, here are ten of my favourites:

(i)  A ‘Flying Machine’! Never mind if it works, you’ll look great wearing this at the next office party. 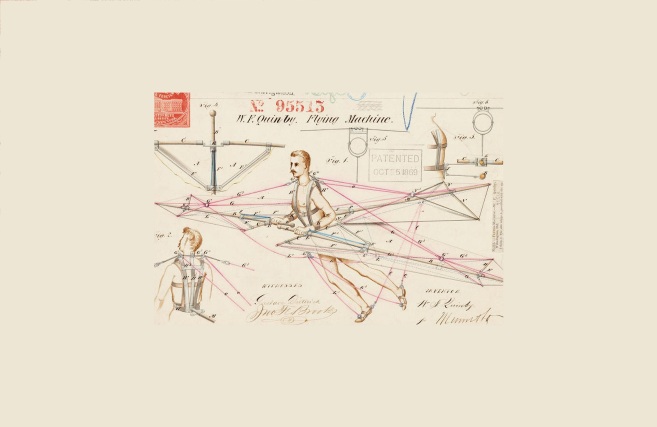 (iii)  A ‘Combined Racing Greyhound Harness and Rider Supporting Means’. Is that a monkey riding a greyhound?! Probably not something for yourself, but a gift for the friend who has everything?

(v)  ‘Double Bicycle for Looping the Loop’. Imagine trying to loop the loop without this invention? Painful if not downright dangerous. You can thank me later.

(vi)  A ‘Fire-Escape’. I assume it’s some sort of solid parachute. I’m not exactly sure how it works, but if you’re in a tall, burning building, you’ll be glad of it. If you can guess the purpose of the special footwear, let me know.

(vii)  A ‘Velocipede’. This never really caught on. I think because it’s powered by a long handle-bar moustache, and these are less common today. 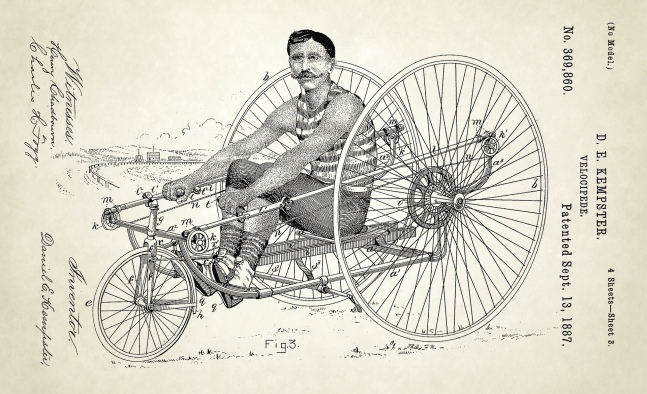 (viii)  An ‘Aquatic Toy’. Your neighbours will be green with envy when they see this impressive fowl in your bathtub. But I have to ask you, why do you allow the neighbours into your bathroom?

(ix)  Early design for Monopoly. In 1903, J. Magie Phillips created an educational tool she hoped would illustrate the negative aspects of concentrating land in private monopolies. It may not have had quite the effect she hoped. Capitalism pushed ever onwards, and millions of family rows broke out.

(x)  A ‘Saluting Device’. Are you tired of having to constantly raise your hat whenever one of your betters walks past? Leave all that behind you – life’s too short. Imagine the delight on the faces of the vicar and Lady Margaret, when your hat automatically jumps to attention as they approach.

(xi) Your own starship! Oh no, my mistake. Not Victorian, 23rd century.

Below: “Life in the Long Nineteenth Century” on Pinterest (The Long Victorian)